The container pattern promises to simplify your application through separation of concern. MVC is another well-known pattern for separating concerns. All the logic required to render a page is done within the controller. The model is used as a contract between the contract and the view. The view is the presentational component aimed at rendering HTML to a user. This splitting of code into different files results in a better design. This makes maintenance easier. The container pattern will help you do the same thing. 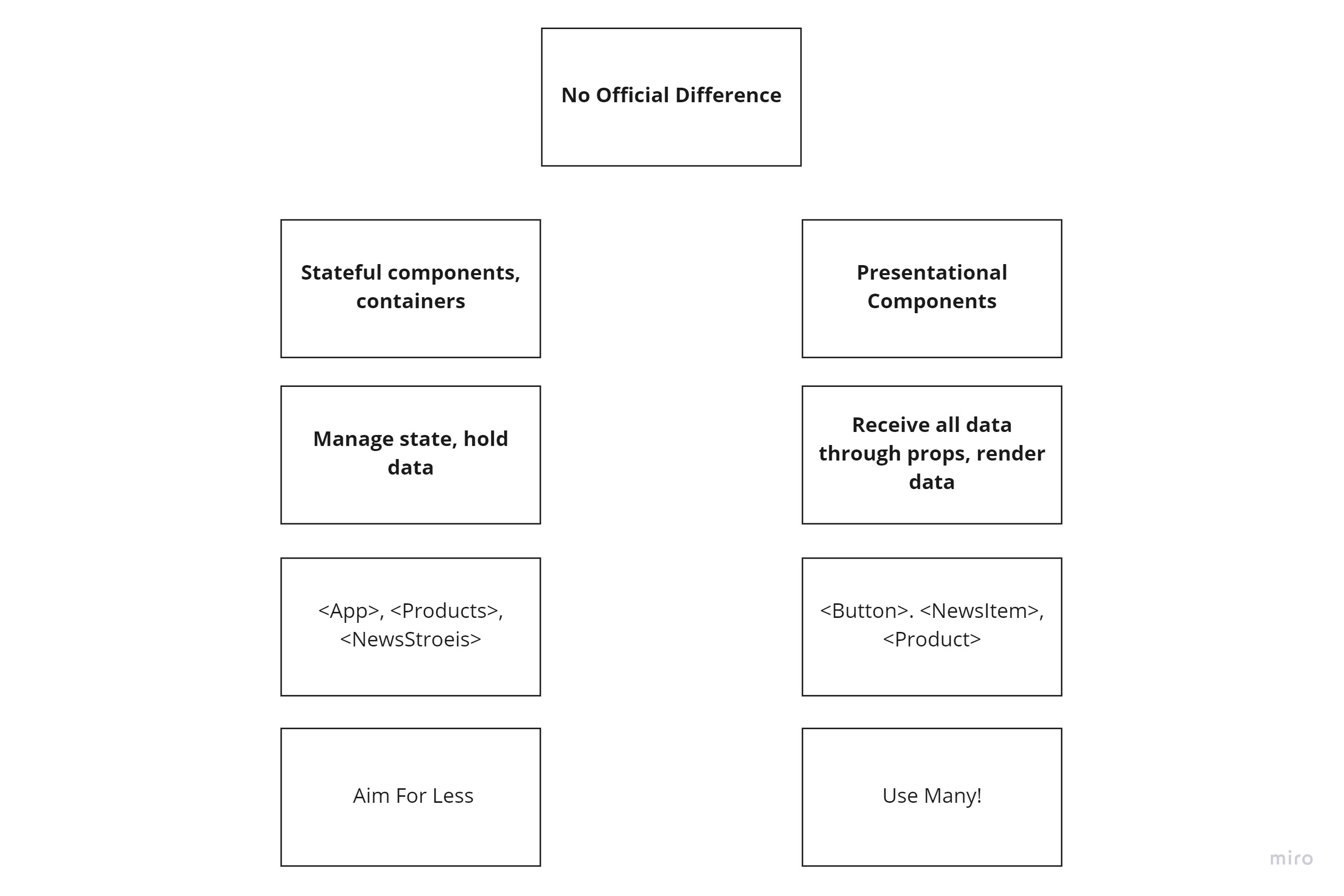 In this example, the basic Title component is the presentation component. All Title does is render some HTML based on the props being passed in. The 'TitleContainer' is the component that does the work. It gets the data from the API, filters it, etc... You may think that creating two components is a lot of work for little benefit. Consistently following this pattern when building your application will add simplicity to your design. Following the pattern usually takes a little higher development cost up-front, however, it usually saves a lot of time when you write your tests. It will also prevent you from having to write very similar components to render out similar HTML with different data sources. If you use Redux you will bump into the container pattern frequently. A very crude example of how Redux uses the container pattern with the 'Title' component would be:

Four React.JS Design Patterns You Need To Be Know About

Good Practices To Consider When Building A Component With React.js

Handling Errors Within A React Application Using An Error Boundary

Want to learn how to get started with a career in frontend development using React.js? If so, then read my ultimate getting started guide: